Bounty Hunters: A Crucial Part of the U.S. Judicial System 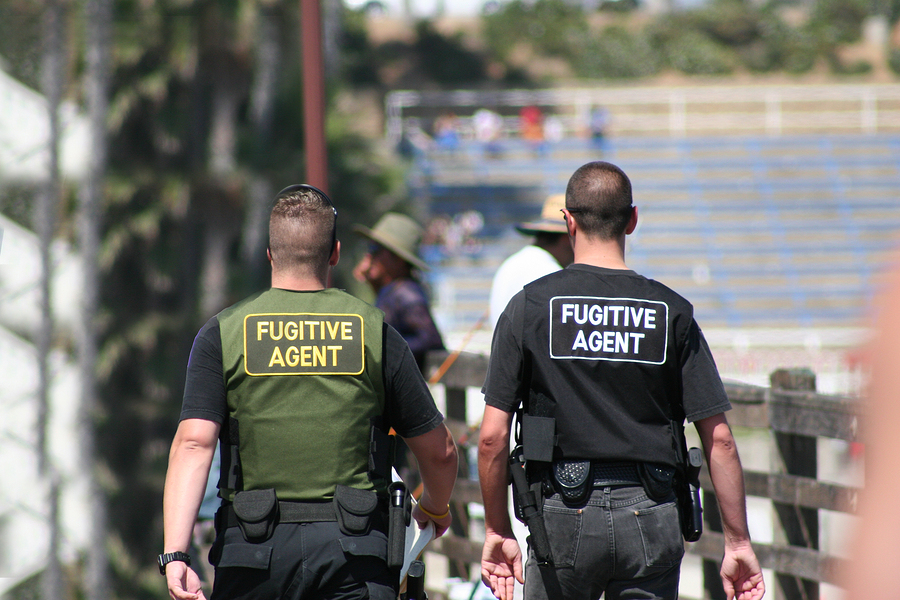 When you purchase a bond from a bail bondsmen, the bondsmen becomes liable for the full amount of the bail. Because the police can’t always locate a person who tries to “skip” out on their court date, bondsmen may elect to hire a professional bounty hunter, or bail enforcement agent, to track down the fugitive and avoid paying large bail amount.

How Do Bounty Hunters Operate?

Though television shows like “Dog The Bounty Hunter” and movies like “Domino” and “Midnight Run” depict the glamorous side of bounty hunting–wielding firearms, chasing “bad guys” through backyards, driving cool cars, and making surprise arrests–the job is actually far more tedious than mainstream media will have you believe. Bounty hunters spend hours researching their subjects, staking out the fugitive’s last known whereabouts, interviewing  friends and family members, and planning the perfect time and place to make an arrest.

In return for the bringing the defendant back for trial (and thus saving the bail bond company from paying the full bail amount), bounty hunters usually receive 10%-20% of the total bail bond. Most experienced bounty hunters work 80 to 150 cases per year, and an experienced bail enforcement agent can earn anywhere from $50,000 to $80,000 annually. If the defendant manages to escape, the bondsman, not the bounty hunter, is responsible for paying the total bail amount.

Yes, bounty hunting is legal. In 1873, the United States Supreme Court case Taylor v. Taintor ruled that bounty hunters were a legal (and often necessary) part of the U.S. law enforcement system. According to this ruling, bounty hunters can enter a fugitive’s home without warrant, and only need to show a piece of paper stating the the person in question has skipped bail to make an arrest. Before a bounty hunter enters a private residence, however, he or she must establish that the fugitive lives there, and they are prohibited from entering the homes of a fugitive’s friends or family members.

Seven states–Florida, Illinois, Kentucky, North Carolina, Oregon, South Carolina, and Wisconsin–as well as the District of Columbia, have placed heavy restrictions on bounty hunting or banned the practice altogether. Bounty hunters also have no jurisdiction across international borders, and can be arrested or even killed for following a “skip” into another country.

Why Do We Need Bounty Hunters?

Not only do bounty hunters catch 90% of people who jump bail, or around 30,000 possibly-dangerous criminals, they also help keep bail bond companies open. Without bail bond companies, many arrested individuals would have to spend days, week, or months in jail, and risk losing their jobs or failing to fulfill other obligations.