What You Can Expect During a Field Sobriety Test 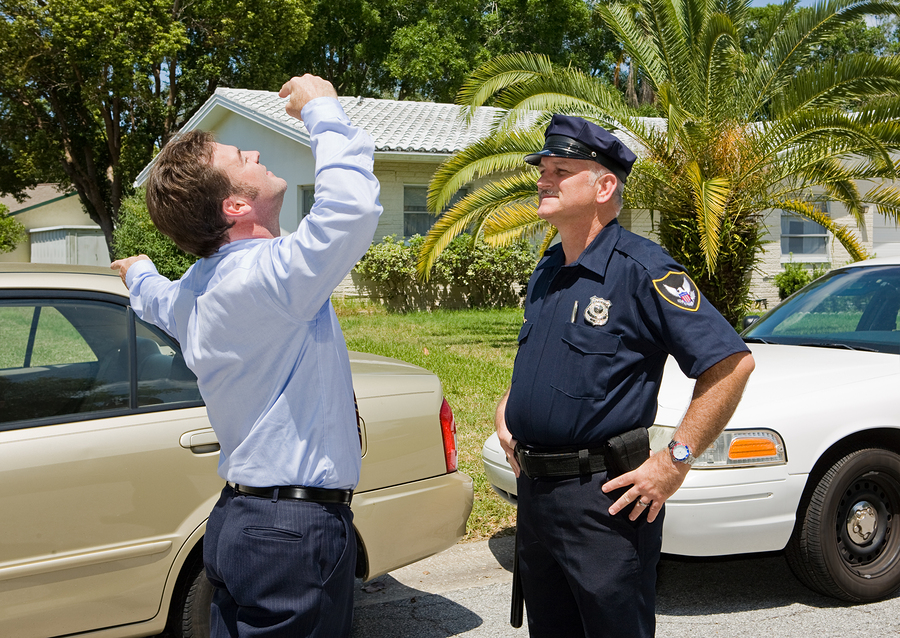 21 Oct What You Can Expect During a Field Sobriety Test

At Armstrong Bail Bonds, we’re in the business of getting people out of jail; often, the best way to get people out of jail, however, is to prevent them from getting arrested in the first place, and this involves arming citizens with knowledge they need to avoid arrest and interact with police officers who may suspect them of wrongdoing. Knowing what to expect during a field sobriety test – the coordination test administered to those suspected of drinking and driving – may help you keep calm in an otherwise stressful situation and, if sober, pass the test with flying colors.

When giving a field sobriety test, a police officer will often ask you to:

#1: Walk a straight line and turn. The motorist suspected of driving while intoxicated will often be asked to walk 15-20 feet, heel to toe, along a straight line, turn, and walk the same number of paces back. The officer is checking to see if the driver can follow directions, keep his or her balance without falling off the line, and complete the test without stopping or starting over.

#2: Stand on one leg. The suspected driver may be asked to stand on one leg, usually with his or her other leg slightly raised, for up to 20 seconds. It is not uncommon for officers to ask the suspect to count out loud, and statements such as “I couldn’t do that sober” may be taken as an admission of guilt (since the person is implying that they are NOT sober).

#3: Touch your finger to your nose. The most recognizable “drunk driver test,” touching one’s finger to the tip of one’s nose measures spatial coordination and the ability to follow directions; swaying, tremors, and muscle twitching may all indicate intoxication.

#4: Follow an object with your eyes. While many drivers think that this test is gauging how well the suspect can track an object, the true purpose of this test is to see how much the person’s eyes “bounce” as they approach the corner of the eye. Called a nystagmus, this bouncing may indicate that a driver has had too much to drink.

#5: Take a Breathalyzer. The most reliable test for measuring a driver’s Blood Alcohol Content, the breathalyzer accurately and instantly measures how much a suspect has had to drink based on a puff of their breathe. In California, .08% is grounds for arrest on suspicion of Driving While Intoxicated (DWI), and refusing to take a breathalyzer after arrest is terms for immediate suspension of one’s license.

Though hundreds of people ask us if there’s some sort of “trick” to passing the field sobriety test – keeping a penny under the tongue to naturalize the breathalyzer is common myth we often hear – the simple truth is that there isn’t. The one exception to this rule, of course, is: don’t drive drunk. It’s VERY easy to pass a field sobriety test if you haven’t had anything to drink.

Be responsible. Be safe. Don’t drink and drive, and if you choose to imbibe, be sure to call a designated driver.